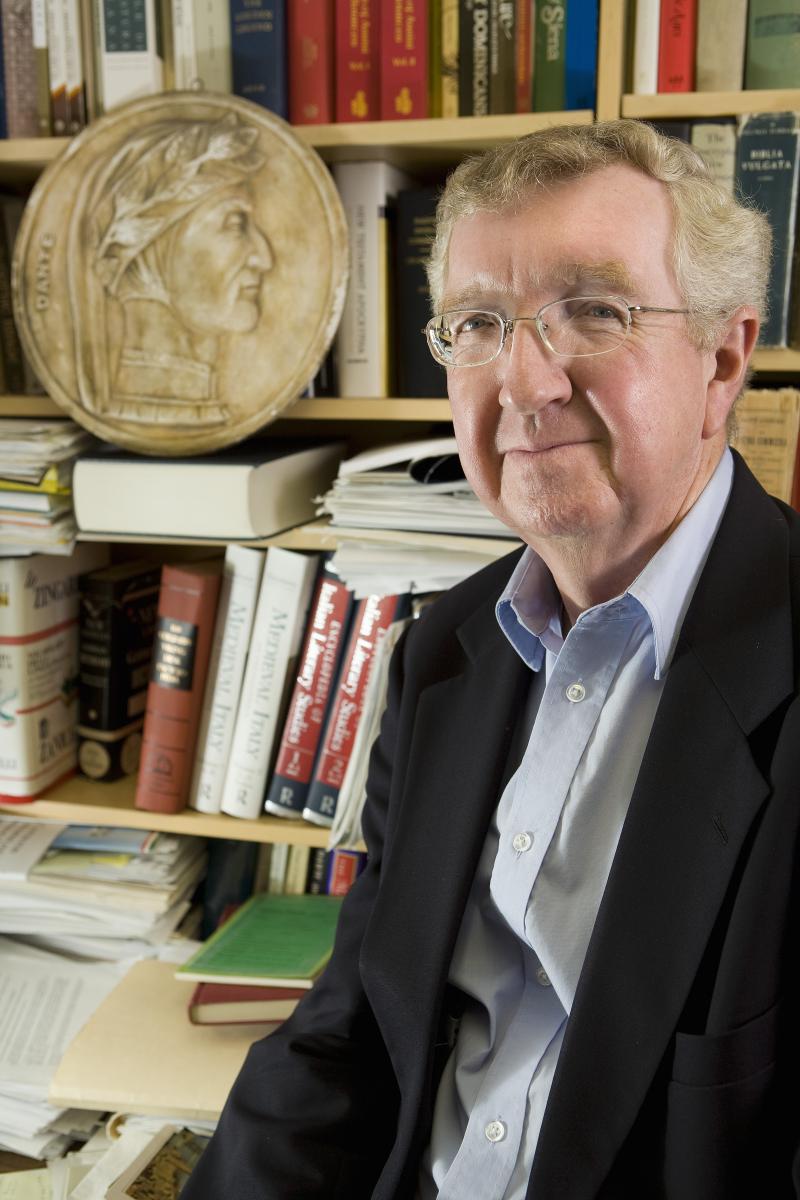 Christopher Kleinhenz is the Carol Mason Kirk Professor Emeritus of Italian at the University of Wisconsin-Madison, where he taught Italian literature of the Due- and Trecento, manuscript studies, and art and literature in medieval Italy for almost forty years (1968-2007). Among his numerous publications are The Early Italian Sonnet, Medieval Italy: An Encyclopedia, a translation of Dante’s Fiore and Detto d’Amore, Approaches to the Teaching of Petrarch’s Canzoniere and the Petrarchan Tradition, and the forthcoming Dante intertestuale e interdisciplinare: saggi sulla Commedia, as well as more than ninety articles and book chapters. He served as President of the American Association of Teachers of Italian, the American Boccaccio Association, and the Medieval Association of the Midwest, and as Editor of Dante Studies. A Fellow of the Medieval Academy of America, he has received the Fiorino d’oro from the Società Dantesca Italiana, the Chancellor’s Award for Excellence in Teaching, the Hilldale Award in the Arts and Humanities, the CARA Award for Outstanding Service to Medieval Studies, the AATI Distinguished Service Award, and the ADFL Award for Distinguished Service in the Profession. In addition to directing an NEH Summer Seminar on Dante, he has been awarded fellowships by the Newberry Library and the Andrew W. Mellon Foundation. He is currently working on a volume of essays for the Modern Language Association on Teaching Dante’s Divine Comedy (with Kristina Olson) and an English-language edition of Lessico critico decameroniano (ed. P. M. Forni and R. Bragantini), as well as a collection of his essays on thirteenth- and fourteenth-century Italian literature. He is the recipient of a Festschrift, Accessus ad Auctores: Studies in Honor of Christopher Kleinhenz (ed. Fabian Alfie and Andrea Dini).