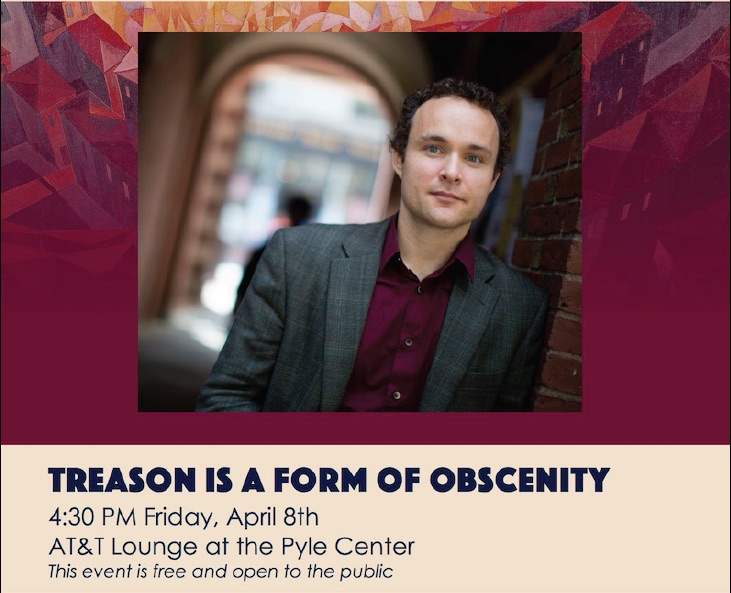 Kevin Birmingham
Harvard University
“Treason is a Form of Obscenity”

Kevin Birmingham is a lecturer in the English Department at Harvard and an instructor in the university’s Writing Program. He is the author of The Most Dangerous Book: The Battle for James Joyce’s Ulysses (Penguin Press, 2014), which received the 2015 PEN New England Award for Nonfiction. His writing has appeared in Harper’s, Narrative, African-American Review, The James Joyce Quarterly and BBC.com. His current project about Dostoievsky is forthcoming with Penguin Press.

During and after World War I, U. S. courts convicted over a thousand people for violating the Espionage Act and its amendments, which criminalize, among other actions, “any disloyal, profane, scurrilous, or abusive language about the form of government of the United States.” Yet convictions routinely exceeded the statute’s limits because judges implicitly employed the more expansive and established censorship standards that governed obscene texts. The U. S. judiciary, in other words, reads treasonous language as a form of obscenity.

Judges banned sexually explicit publications by imagining readers who were so deeply affected by a text that they would be compelled to commit self-destructive or criminal acts. Obscenity judgments rarely evaluated texts directly. Rather, they posited imagined readerships prone to depravity and corruption in order to anticipate a publication’s dangerous, if hypothetical, consequences. This was precisely the logic that enabled an aggressive crackdown on political speech. The paradox of both sexual and political censorship is that such extra-textual evaluations (imagined effects on imagined readers) depend upon an assumption of textual immanence: that the danger of certain kinds of words is self-evident. The archetype of the self-evidently hazardous word is the expletive, a word that is harmful and offensive purely as a word—independent of intention, ideology and even denotation.