The FRIT Research Seminars are meant to share research in an informal setting, providing an opportunity for feedback, dialogue, and intellectual exchange.

Abstract: Le berger extravagant, published by Charles Sorel in 1627, centers on Louis, a melancholic youth whose exposure to pastoral fiction hinders his integration into bourgeois society — rather than a draper or a lawyer, Louis wants to be an actor in pastoral tragicomedies. The support of his guardian not forthcoming, Louis flees to the countryside (“sur la rive de la Seine, en une prairie proche de Saint Cloud”) where he intends to “jouer la comédie au milieu des champs”. He adopts the pastoral surname of Lysis, embodies the literary archetype of the noble shepherd, and engages a group of provincial aristocrats in an elaborate pastoral fantasy. Often characterized as an imitation of Cervante’s Don Quixote, Sorel’s parody of the conventions of pastoral fiction forges an original, coherent archetype in the figure of the “extravagant” that was influential in its own right, particularly within the genre of the Histoire Comique. Unlike Don Quixote, who is afflicted by what Michel Foucault famously termed “la folie par identification romanesque”, the extravagant entertains a relationship with reality that is theatrical in nature. This presentation aims to circumscribe the theatrical dimension of the extravagant archetype by considering (1) the psychology of the extravagant, (2) the extravagant chronotope and (3) the significance of the extravagant within the aesthetic and ideological project of the Histoire Comique. Our analysis will reveal a clearer picture of the early modern novel at a crucial turning point in its history, at which it sought refuge and renewal aux rives de la scène.

Abstract: In his writing, Edouard Glissant frequently critiqued ethnographers for being reductive and appropriative. Conversely, anthropologists—myself included—have critiqued Glissant’s poetics of Relation for being utopian, a model for rather than a model of. Yet, there is much in Glissant’s oeuvre, especially in his landmark Discours Antillais (1981), that connects his philosophy to the social reality of the postcolonial world he inhabited; and Glissant himself embraced ethnography late in his career in La terre magnétique (co-written with Sylvie Séma, 2007). Staying with this metaphor, ethnography and the poetics of Relation are like magnets simultaneously pushing and pulling at one another. Reading the poetics of Relation in dialogue with fieldwork among Guadeloupean dancers in Paris, I outline Glissant’s contributions to an anthropology of postcolonial relations. Simultaneously, I propose that an ethnography of postcoloniality through dance critically refracts Glissant’s poetics of Relation, reinscribing the body, gender, and race in a philosophy that largely evacuated them. 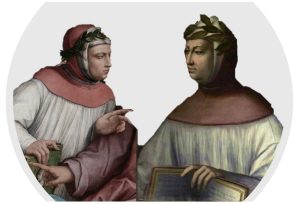 Abstract: Just as Petrarch had procured himself “a Giotto,” and Isabella d’Este had let it be known that she wanted “a Leonardo,” the 16th-century historian, collector, physician, and what we might call today, influencer, Paolo Giovio (1483-1552), wanted “a Petrarch.”  He was not looking to obtain a copy of Petrarch’s songbook; rather, he commissioned Giorgio Vasari to paint an idealized portrait of the long-dead poet to display among other portraits of illustrious persons, curiosities, antiquities, and objects from the New World in his museo on Lake Como. How did this virtually unknown Portrait de Pétrarque end up in Ajaccio, Corsica? My paper recounts my hunt for the answer, the painting’s link to Napoleon, the difficulty of confirming provenance, and the cultural and literary significance of this “singular” Petrarch.

Nima Keivani, In Search of Finding the “Faces of the Unknown in French Symbolist Theatre and Poetry” 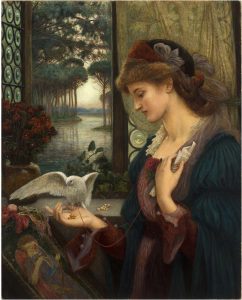 The “symbolist” movement like almost any other literary schools was a radical reaction to certain forms of materialism like skepticism and positivism, starting from late 17th and the age of enlightenment. It is therefore by definition, concerned with “spirituality” on in what symbolist critics like Mireille Losco-Lena calls “immateriality”, a series of interrelated terms like spirit, soul, hereafter, sacred and mystery that I have gathered altogether under the umbrella term Inconnu or the “Unknown”. After reading primary and secondary resources on the topic, I have come up with 3 different approaches in symbolist plays and poems: Occultist like the play Axël by Villiers de l’Isle-Adam published posthumously in 1890 but written around 1869-1889, Mystical like most plays and songs of the Belgian poet Maurice Maeterlinck (eventual subject of my dissertation) and Religious (closer to the formal ways of understanding established structured religions. In this case, Catholicism) like 2 plays in De l’Angélus de l’aube à l’Angélus du soir by Francis Jammes written from 1888 up to 1897. In my preliminary examination, I am in search of finding faces of the Unknown in the process of answering these 3 research axes: 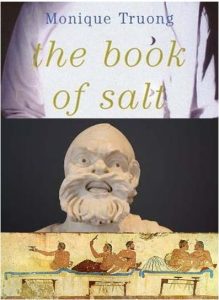 Alcibiades’ speech in Plato’s Symposium has particular relevance to Monique Truong’s 2003 debut novel, The Book of Salt, which recounts the story of a fictional gay Vietnamese man working as a cook in the interwar Parisian residence of Gertrude Stein and Alice B. Tolkas. This speech is not only relevant because of it and the entire Symposium’s inherent queerness (to use the modern term), but more importantly due to Plato’s focus on outward appearance in relation to internal states of being, which is also a central theme of Truong’s work. In this paper, I explore how the metaphor of the Silenus, a type of openable statue, found in the Alcibiades’ speech can further our understanding of The Book of Salt. Specifically, I explore how the novel’s narration, dialogue, religious imagery, historical context and the novel itself can be considered silenic.

Leah Sandner, Toward a Hyperreal Society: Representations of the United States in Three Contemporary Canadian Novel 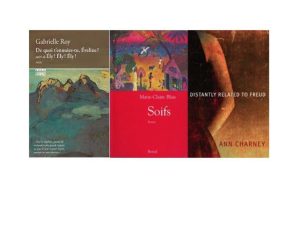 Abstract: The road novel is a narrative genre particular to North America. Taking the form of a travelogue, it depicts the narrator’s wanderings over the highways and byways of the United States. In French-speaking Canada, specifically, the transcontinental voyage of the road novel takes on a special meaning. Sometimes, it is motivated by the pursuit of a lost brother and transforms over time into a pursuit of the self: the narrator, faced with an unknown culture, is obliged to confront issues of cultural identity that have haunted francophone Canada since the colonial era. In Quebec, for instance, Jack Waterman’s journey in Jacques Poulin’s Volkswagen Blues (1984) is cited as frequently as Sal Paradise’s in Jack Kerouac’s On the Road (1957) with regards to their role in influencing the genre. Some lesser known authors of the genre, however, are women. Their stories are centered around a specific identity voyage that considers factors outside of their geocultural situation, such as their age and gender. This thesis analyzes the “road” novels of three Canadian authors, including Gabrielle Roy’s De quoi t’ennuies-tu, Éveline ? (1982), Marie-Claire Blais’ Soifs (1995), and Ann Charney’s Distantly Related to Freud (2008). We examine the reasons for making the journey to the United States, why this country has been chosen as a place of destination, and what the protagonists of these stories hope to find there. Curiously, what they all find upon arrival is a society dominated by forms of what French theorist Jean Baudrillard calls “hyperreality”; that is, a society overwhelmed by “models” of the real, or simulacra. These simulacra blur the lines between the real and the artificial, completely disorientating the traveler. Our thesis explores these hyperreal forms, their representation in the three narratives as being inherent to U.S. society, and, finally, their impact on the protagonists’ quest for identity.

Richard Goodkin, Readings from Mourning Light, a semi-autobiographical novel of love and loss 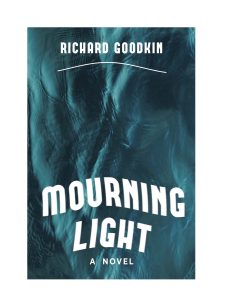 Abstract: Richard Goodkin will present issues related to composing Mourning Light, a novel based on his experience of losing his partner to AIDS in 1991, and will read passages from the text.